Here's what customers are saying about GEM Electronics and Appliances!! 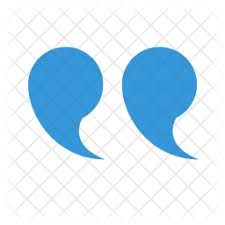 I have a sony 61" model # KP-61V80 and the other day my television went out. I looked online at the Sony repair site and found out what the problem was. I read all reviews online and called around. My husband called and spoke with Greg (the owner) and told him the problem. Greg said he couldn't give an accurate quote unless he actually looks at the problem. Greg said he could be out the next morning between 11-12. He was on time for the appointment. He did look at the t.v and said he could fix it. He gave us a quote that was actually less that all the other quotes we received. I have to say he was very professional, knowledgeable, and came well prepared with all the parts. Greg quoted us one amount and after he started on the job he found several other parts that were burnt out. He replaced all the other parts that were burnt and cleaned the inside of the t.v without charging more than he quoted us. Our t.v. is already 9 years old and I have to say that you can't find many honest people these days that go out of their way to do the job correctly and make sure the customer is satisfied and Greg did do that. I will recommend GEM Electronics to everyone I know. 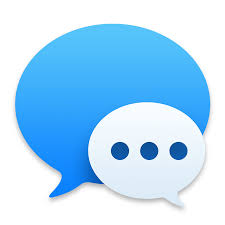 erin1210
This repair company is wonderful. Greg did a great job and I will always come back to this company for any television repairs.

mary.e.stewarts.5
ABSOLUTELY RECOMMEND!!! This service was simply the best, most courteous, and proficient I have had ever, bar none. The gentleman that arrived was energitic and friendly,and was absolutely technically adept, and he did WAY more than I expected. He was quick, invited me to actually watch him while he did the repairs, answered all my questions, and performed simply the fastest and best service I could have expected on my Sony TV. I initially called a couple local Denton (Texas) shops who said I need to bring my TV to them or it would cost around $1,000 to come to my house and just replace the whole board; even if I brought it to their shop one vendor said it would be $500-$750 to replace just the bad components!!! Since I have a small car (Mustang Cobra) I could not transport the TV. So I contacted Sony directly, had set up an "appointment" with a premium selected repair center referred by Sony for one week in the future, and when they called the next day to confirm my appointment the "Sony" preferred shop actually told me they could NOT help me. Period. No advice, nothing. Greg at GEM Electronics was the next one I called and he was confident and kind. I explained to him what I needed fixed (convergence failed on my KP57HW40 television) and he never flinched--said he could come the next day-- which he did!!! He arrived ON TIME, called 45-minutes prior to arrival, and was professional and swift! My 57" Sony television looks better than it did brand new!!! He did a custom configuration that is simply brilliant and no other repair shop offered! I am so happy I did not have to spend a fortune on a new TV!!! He charged WAY less than the other shops quoted, by almost half! And he offers the longest warranty in the business!!!!

badcaobra
Terrific Service. I was exceptionally pleased with the outstanding service I received today. You guys were so speedy and very knowledgeable. The part that I love the most was that you were very fair and showed me in detail exactly what was wrong and how I could avoid this from happening again. Couldn't thank you enough. Will recommend. God bless!!

jackshep2
A quick thank you. Just wanted to thank you guys again for the terrific job you did today here with my TV. You really have no idea how much we depend on this TV (as bad as that may sound) but I'm sure glad you guys got got here as fast as you did and fixed it up like new. Not to mention how nice you were and even giving us tips on how to keep the TV cleaner to keep this problem from happening again. God bless.